Unlike quarried and cut natural stone, concrete is a man-made, composite, material, which means that it is produced from different ingredients. Although the basis of cement and concrete technology has been known and used in various forms for 6000 years as mentioned elsewhere in our website, today the cement is usually Ordinary Portland Cement – OPC. This was first named as such in the UK, back in the nineteenth century, when it was first produced by bricklayer Joseph Aspdin of Leeds by burning powdered limestone and clay in his kitchen stove. The name was given because of the resulting hardened concrete’s presumed similarity in appearance to natural Portland stone – The jury is still out on that one!

This cement is technically known as an hydraulic binder that is mixed with sands and larger aggregates, to reduce shrinkage in larger elements, plus water to produce concrete. There can be smaller quantities of other admixtures added to influence specific characteristics and / or the properties of the fresh and / or the hardened concrete. 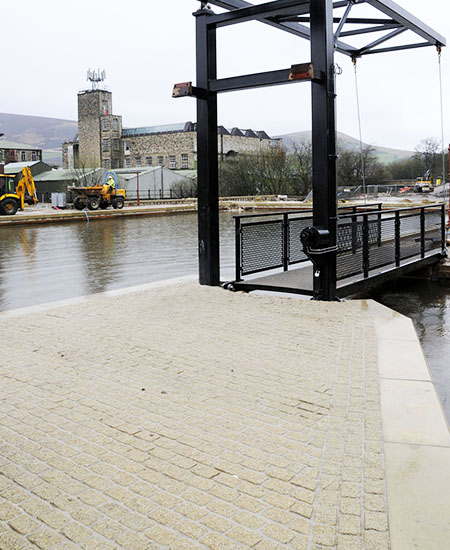 White cements are produced with increased amounts of limestone powder and kaolin, a special type of almost white clay, also used for porcelain and even bone china since before the Chinese Ming dynasty – nothing new!

Concrete admixtures are added during the concrete production or delivery examples of which are plasticisers to simultaneously increase fresh concrete flow and compaction, whilst reducing the water content for lower water to cement ratios, and thereby increasing strengths and reducing permeability of the hardened concrete. There are also colour pigments that can be added to produce coloured concretes. Different types of fibres can be used for increased strength and fire resistance, plus many other specific concrete admixtures can be used to accelerate or retard curing and hardening, to reduce shrinkage, and to increase frost and freeze-thaw resistance for example.

Concrete paving units are broadly produced in two types, heavy duty commercial grade concrete paving blocks and slabs, which are normally smaller format for vehicular use and are specified to be nominal 80mm thick and the larger concrete slabs / flags for pavements and pedestrian areas which are usually to be a minimum 50mm thick, though 60-70mm thick slabs will be used for traffic overflow / runover areas. Concrete paving blocks for domestic driveways are generally more like 50mm thick and the more decorative garden patio and pathway paving slabs are usually produced at 35mm thick, although we have seen some as thin as 20mm. Clearly these will not take very much in terms of loading and exposure, so to some extent with regular concrete paving you tend to get what you pay for!

In concrete paving unit production the dry ingredients are conveyed and mixed together in the batching plant and then the water and liquid admixtures are added, before compulsory mixing to ensure a homogeneous mix. This mix is then poured into moulds or extruded to form a wide range of different types of paving element.

Standard concrete block production today is a very automated factory process in the UK, where a fresh semi-dry (also called earth-moist), high strength concrete mix is produced at the batching plant. This is conveyed delivered into a series of moulds, where it is quickly vibrated and compacted by a hydraulic press, and then immediately de-moulded and transferred to the kiln for environmentally controlled curing and drying in huge ovens.

A lot of concrete paving is promoted as artificial stone, or more correctly perhaps, as so-called ‘reconstituted stone’ paving. These factory produced paving slabs are basically the same as regular concrete paving, but all or part of the sand / aggregate portion of the concrete mix is replaced by crushed sand and aggregates from the desired natural stone it is intended to emulate – e.g. A lot of ‘Granite’ paving for domestic use is produced in this way and probably the most widely used. This reconstituted stone concept with fine concretes can be used to produce a wide range of different paving setts / cobbles, slabs / flags and many other individual paving and edging pieces in many different shapes and sizes. The result is paving, walling and other garden landscaping features, all with a similarly attractive appearance to natural granite stone, but at a very much lower cost.

Unfortunately, it is not always made quite so clear that this reconstituted stone paving is man-made, and so like fine concrete they will be far more porous and permeable as well as having lower strengths. This means they will also have significantly lower exposure and stain resistance, as well as lower overall durability and a shorter service-life. However, notwithstanding these unfortunate facts, the situation is not all bad at all, as with the right precautions these products can still be great for a lot of domestic paving requirements. The key criteria overall is generally to ensure: 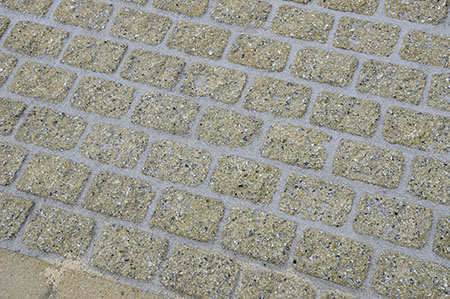 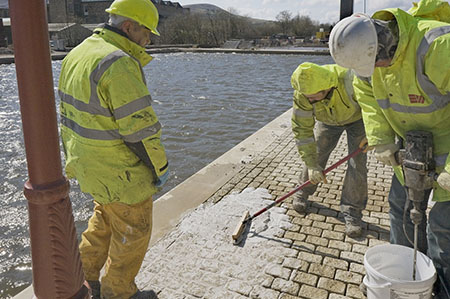 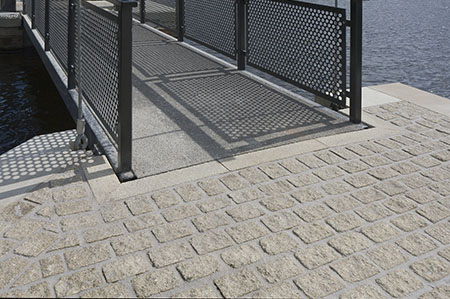 As mentioned earlier, one of the best ways to do this with such reconstituted ‘Granite' slabs, is to seal the paving surfaces immediately after the bedding is firm enough to walk on, just a day or so after installation. Using a penetrating protective impregnation – GftK’s vdw 950-3-in-1, seals the surface even before grouting with the vdw 815/850 paving joint mortar.

For more advice or assistance with your specific paving project, please call 01257 266696 for FREE Expert Advice during normal office hours, or you can email us at any time to: sales@nccstreetscape.co.uk and we will get back to you just as soon as we can. Thank you.